Boris Johnson described how the Queen was “absolutely on it” and “so bright and so focused” in her last meeting with the Queen, just two days before her death.

Their meeting took place shortly before she met Her Excellency Liz Truss to appoint the new Tory leader as Mr Johnson’s successor.

The Queen’s audience with Mr Johnson and Miss Truss last week proved one of her final acts in her 70-year reign as monarch.

His death was announced a little more than 48 hours later.

in an interview with BBCMr Johnson has described how the news of Her Majesty’s death was ‘so shocking’ as the 96-year-old was ‘bright and focused’ at their meeting at the start of the week.

But the former PM revealed how the Queen was ‘clearly not well’.

The Queen met with Boris Johnson and his successor Liz Truss at Balmoral last Tuesday. The audience came just two days before His Majesty’s death 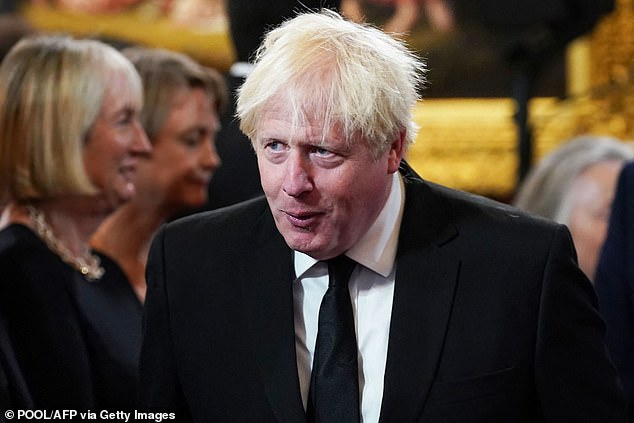 Johnson said, ‘The last audience that was with me – one of the reasons it was so shocking to hear of her death on the 8th – was because in that audience, she was absolutely on it.

‘Exactly two days before death. She actively focused on geopolitics, on British politics, quoting politicians of the 1950s, it was quite extraordinary.

‘She looked very bright, very focused. Look, she was clearly not well.

‘I just thought how incredible that his sense of duty has carried him the way he was.

‘Given how sick she was obviously, how wonderful that she must have been so bright and so focused. So it was a very emotional time.’

During her premiere, Mr Johnson was forced to apologize to the Queen after it was revealed that she had held COVID lockdown-busting parties in Downing Street on the eve of her husband Prince Philip’s funeral.

But the former PM insisted the issue was ‘never raised’ during his weekly audience with the Queen.

“She never indulged in such talks because of her great understanding of constitutional work,” he said.

‘She was really completely focused on what she saw as important issues.

‘It’s a very relatable atmosphere, Your Excellency with the audience. So it never came.’

Mr Johnson described how he and the late monarch discussed ‘about everything under the sun’ during their weekly talks.

He said it was a “great break from everything else” and “a wonderful moment of peace” for the audience.

Paying tribute to the Queen’s broadcast to the nation during the first COVID lockdown in April 2020, Mr Johnson said the message was ‘incredibly important’ and added that pop stars ‘will not have the same impact as that broadcast’.

King Charles ‘has not decided’ whether to let Harry and Meghan’s children Archie and Lilibet use prince and princess titles yet and the delay...

‘I have nothing but praise for him’: Liverpool defender Virgil van Dijk admits Holland team-mate Jurrien Timber – who turned down a summer move...

Eleven injured after car collides with bystanders in Scunthorpe

Chancellor hints more tax cuts are on the way

Camp Truss fear ‘snake’ Michael Gove is ALREADY plotting against the new Prime Minister – after he is spotted dining at Fortnum’s with leadership...