Grand Designs: The Streets fans have the same complaint about new build homes

GRAND Designs: The Streets viewers all had the same complaint about a string of new build homes.

The Channel 4 show sees households embark on a mission to build their own homes as part of Britain’s biggest self-build project.

Kevin McCloud is on hand to oversee their efforts, but viewers took issue with some of the properties being built on the estate.

As the cameras looked around the homes and their outdoor spaces, some watching in their own properties felt they didn’t have enough land between them and their neighbors.

Taking to Twitter, one wrote: “half a million quid their front door is close to the road ? albeit inside is looks brilliant #granddesigns.”

Another added: “All the neighbors gawping at you relaxing! No thanks! #GrandDesigns.” 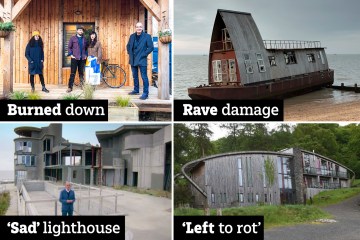 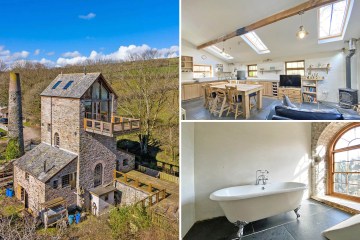 A third tweeted: “we don’t see the back gardens much #granddesigns as these days much part of living space then ever before and essential to overall feel of the place, starting to think they’ll be miniscule and full of washing lines. “

Meanwhile a fourth wrote: “Love Some of the #selfbuild houses on #granddesigns, but why oh why are they built on such tiny plots? Madness.”

It seems viewers have managed to find a number of faults with the participants efforts in building their own homes.

Viewers of the Channel 4 show were in disbelief with the guest’s extravagant spend.

One viewer said: “£25k just to have a system that allows control of the lights in any room. Get up and use the light switch you lazy git!”

Another wrote: “No signs of life at all. No movement, no visitors, no surprises, no life. Utterly soul destroyingly grim.”

Grand Designs: The Streets airs on Channel 4 and is available on All4.

We pay for your stories!

Do you have a story for Showbiz team?

We pay for videos too. Click here to upload yours.