‘I feel very lucky to be with him – I haven’t had this before’: Bianca Wallace gives rare chat about her love for boyfriend Ioan Gruffudd following his toxic split from Alice Evans

She recently revealed she’d been suffering from Multiple Sclerosis, a chronic inflammatory disease of the central nervous system.

And Bianca Wallace gushed over her boyfriend Ioan Gruffudd as she revealed she’s ‘lucky to be with someone so supportive’ in a rare chat at a fundraiser for MS in London on Thursday evening.

The actress, 29, praised the Fantastic Four star, 48, for being her ‘support system’ and expressed her love for him following his toxic split for Alice Evans.

Smitten: Bianca Wallace gushed over her boyfriend Ioan Gruffudd who she referred to as her ‘support system’ while speaking about her MS at a fundraiser for the disease on Thursday evening

Bianca, who was diagnosed with MS three years ago, spoke highly of Ioan and how he has handled her situation.

She said: ‘Look it’s not an easy illness. I’m more proud of the partners, I feel more sorry to the partners of people with MS because for us you have to face it, you genuinely don’t know what it’s going to be like’

‘But when you’ve got an amazing support system, everything’s different everything changes’

‘I feel very lucky to be with someone so supportive. It’s amazing, I haven’t had this before. To have someone who is understanding is incredible’

Ioan added: ‘I think it’s a matter of being continuously aware, being generous, being kind, being patient and understanding 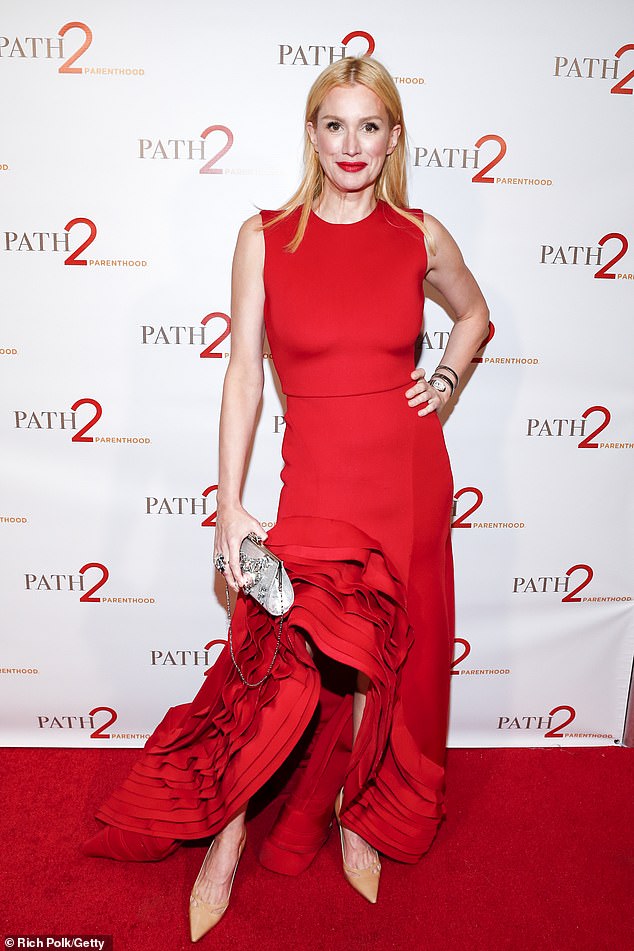 Trouble: Ioan had been married to Alice for 14 years before he filed for divorce in March last year, later applying for a restraining order in February 2022

At the event, Bianca spoke about the ‘overwhelming’ response to her speaking of her diagnosis and admitted she ‘lived in fear’ of what would happen if people found out she had MS.

Bianca said: ‘I wasn’t sure when the moment would come for me to open up about my diagnosis.

‘Like so many others I lived in fear of what would happen if people found out. I could have never predicted the overwhelming response that came with my post.

‘Hearing how much I have already helped so many others on their own journey is why I will do whatever I can to support this cause. 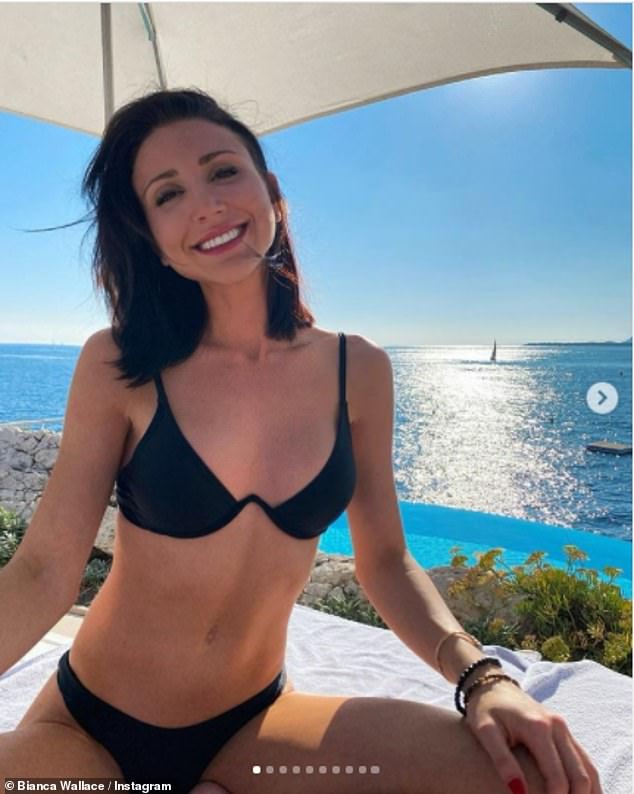 Opening up: The actress, 29, praised the Fantastic Four star, 48, as she spoke ahead of the SMS Battles Quiz for The MS Society at East Wintergarden in London

‘You never truly know how much you can help change lives until you do.’

Bianca looked effortlessly glamorous as she stepped out at the fundraiser alongside her actor partner Ioan, 48.

She looked sensational in a one-shouldered navy gown, which she teamed with a pair of black strapped stilettos. 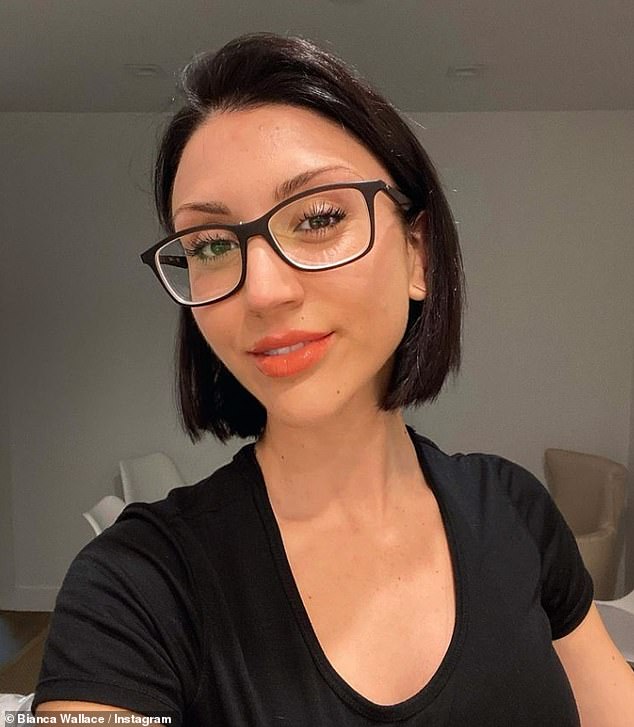 Candid: In January, Bianca revealed she’d been suffering from Multiple Sclerosis, a chronic inflammatory disease of the central nervous system

Bianca accentuated her striking features with a touch of mascara and styled her chocolate locks in a blunt bob.

While Fantastic Four star Ioan cut a dapper figure in a black suit and patent shoes as he posed arm-in-arm with his partner.

Earlier this year, Bianca gave an insight into battling MS, detailing how one particular relapse had left her unable to use her legs for five days, admitting: ‘I thought for sure that was it for me’. 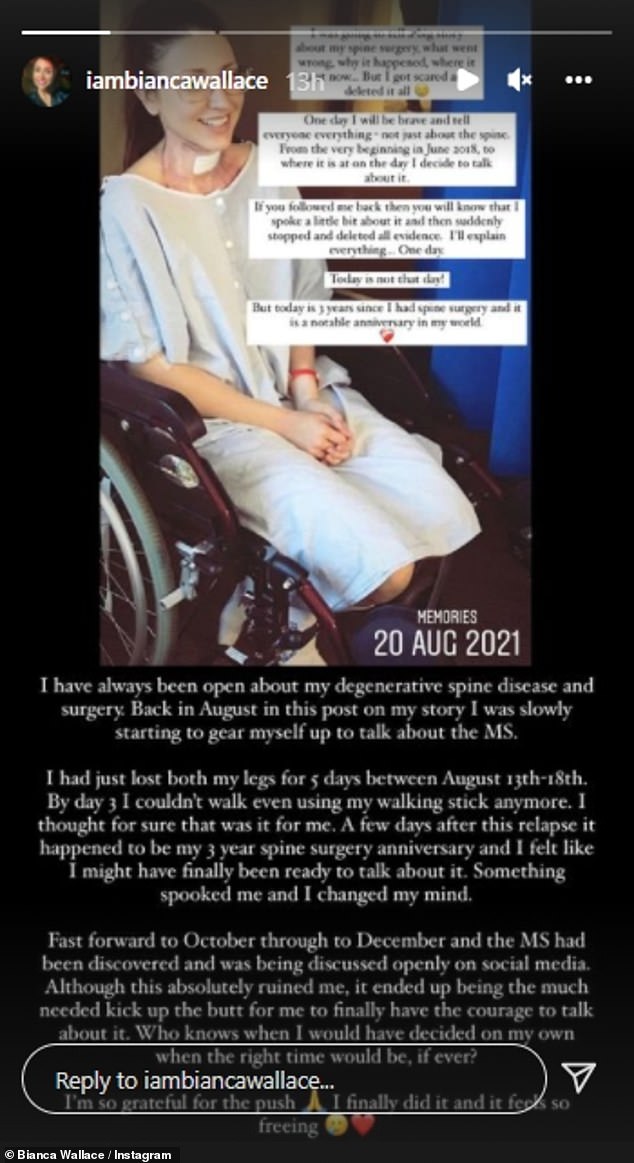 Health woes: Earlier this year, shegave an insight into battling MS, detailing how one particular relapse had left her unable to use her legs for five days

Taking to Instagram in January, she shared a throwback wheelchair snap as she prepared for spinal surgery as she told how she was previously too scared to share her health battle.

The throwback image from August 20, 2021, marked three years since Bianca’s spinal operation due to her degenerative spine disease – which is prevalent in people with multiple sclerosis.

The captions saw Bianca state that she wanted to reveal what had happened to her and how it all began, but she had ‘deleted it all’.

She told how long-term followers would have remembered her…

Chanelle Hayes is ENGAGED! Big Brother star is ‘over the moon’ after accepting marriage proposal from boyfriend Dan Bingham

Chanelle Hayes is engaged to her boyfriend Dan Bingham.The former Big Brother housemate, 34, has accepted the proposal from her partner last month, who...
Read more
Celebrity

Latest news and updates on all of your favorite Love Island contestantsFaye Winter has stripped off as part of a new PETA campaign that...
Read more
Celebrity

How to get glowing smooth skin in ONE week: FaceGym just dropped a new exfoliating toner and claim it will ‘change your skin before...

Julianne Moore, 61, looks effortlessly chic in a sophisticated black trouser suit as she arrives in France

She's never shied away from showing her chic sense of style.And Julianne Moore put on yet another fashion-forward display in a sophisticated black trouser...
Read more
Celebrity

Jocelyn Reed, 22, from Liverpool, stuns people with dramatic transformationsHer makeup looks often take up to two hours to finish and she gets creativeMakes...
Read more
Celebrity

Phythian was convicted of 14 charges of sexual activity with a minor NEWYou can now listen to Fox News articles! WARNING:...
Read more
Celebrity

Queen leaves Prince Philip’s walking stick at home as she opts for staghorn cane for Jubilee celebrations (but hands it off and manages to...

Imogen Thomas showed off her stunning figure and ample cleavage as posed by the pool in Rhodes, in a strappy black bikini in a...
Read more
Celebrity

Joe Wicks has said he suffered with constant anxiety as a child while growing up with his heroin addict dad and his mum, who...
Read more
Celebrity

‘Boats & betches’: Binky Felstead rocks a white swimsuit and captain’s hat in stunning throwback snap from her Ibiza hen do ahead of upcoming...

She jetted off to Ibiza earlier this month for a fun-filled hen do ahead of her nuptials to Max Darnton.And Binky Felstead shared a...
Read more
Celebrity

‘I love having you by my side’: Nadiya Bychkova rubs noses with her daughter, Mila, 5, in an adorable backstage snap as The Professionals...

‘Bring your mate to work day!’ Rita Ora dazzles in red co-ord with a busty Katy Perry as she crashes American Idol to promote...

Rita Ora cut a very stylish figure on Instagram on Sunday, as she posed for a slew of snaps with Katy Perry on the...
Read more
Celebrity

Brit talent provided some of the stand-out performances at the 2022 Billboard Music Awards in Las Vegas.Ed Sheeran took some time out from his...
Read more
Celebrity

She is one of the best known for strutting her stuff down the runway for Victoria's Secret.And Sara Sampaio showcased her incredible model physique...
Read more
Celebrity

Gemma Collins looks slimmer than ever in a white swimsuit as she enjoys a barbecue with fiancé Rami Hawash… after revealing plans to give...

She recently revealed she plans to give up showbiz to start a family.And Gemma Collins looked happier than ever at home on Sunday as...
Read more
Celebrity

‘Night out with the wife!’ Tyson Fury shows off his muscular physique as he dances in the mirror before enjoying a romantic evening with...

He's making the most of his recent retirement. As Tyson Fury, 33, took to Instagram on Sunday to share a fun clip as...
Read more
Celebrity

Johnny Depp v. Amber Heard is back in court: A recap of the biggest trial bombshells so far

Danniella Westbrook’s daughter Jodie, 21, supports her mother’s plan to pose NUDE for photoshoot – but only if she ‘gets in shape’ first ...

Former EastEnders actress Danniella Westbrook has revealed that she had been approached to pose nude for a saucy photoshoot following her recent reconstructive surgery....
Read more
Celebrity

Zoe Salmon has revealed she is 'looking forward to embracing new projects as a working mum' while posing with her newborn son for the...
Read more
Celebrity

Claire Danes is a picture of elegance in a royal blue satin gown at the Downton Abbey: A New Era premiere in New York

Claire Danes cut a glamorous figure as she arrived at the New York premiere of Downton Abbey: A New Era at the Metropolitan Opera...
Read more
Celebrity

‘With all due respect… what were they thinking when they cast Joe Alwyn?’ Baffled Conversations With Friends viewers claim Taylor Swift’s boyfriend has been...