There are growing calls for the Queen’s funeral route to be lengthened so that many more people can pay their last respects.

Senior MPs also joined the race to carry forward the last visit of the late monarch from Westminster Abbey on Monday.

There are fears that existing arrangements will leave thousands disappointed as they will not be able to join the long queues to watch the let-in-state in Parliament this week or watch the procession leading up to Hyde Park Corner. after service.

One option – first picked up yesterday by the Granthshala’s Robert Hardman – would be to extend the final part of the journey to the Queen’s final resting place at St George’s Chapel, Windsor. 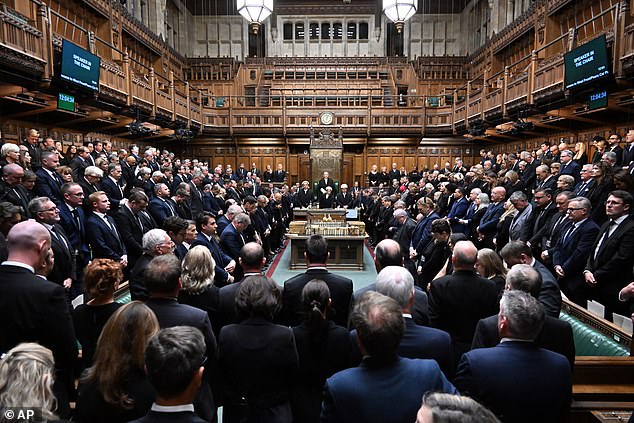 At the moment the coffin is to go directly from the last section of the Long Walk to the castle, but it could take the full three miles of the route, potentially allowing hundreds of thousands of additional mourners to walk the route.

The last-minute change to the plan in response to huge public demand would echo the surprising decision in 1997 to let more people see Princess Diana’s funeral, which saw the starting point from St James’s Palace to Kensington Palace last at the last minute. Adding an extra mile and allowing tens of thousands to pay tribute.

Former cabinet minister David Jones said last night: ‘It seems that not everyone who wants to lie in the state will be able to do so because there is going to be an overwhelming interest in it. We are talking about a wait of over 30 hours.

‘What has been very clear over the past few days is the immense affection people have for the Queen and the fact that so many are missing her now that she is gone. So I think whatever gives an opportunity to as many people as possible to pay their respects is a good idea. I definitely think it is a good idea and I hope they will consider it.’ 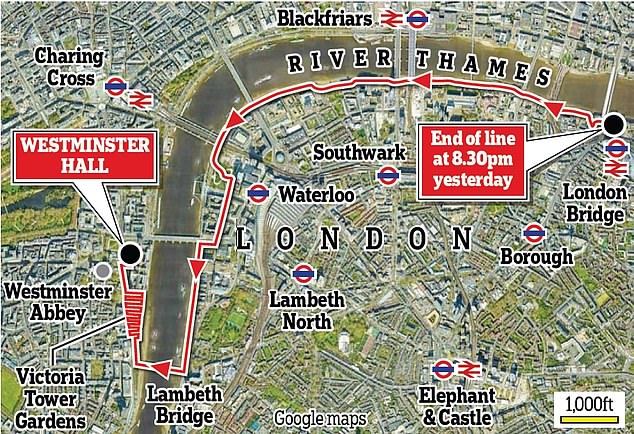 The queue to see the Queen lying in state at Westminster Hall currently extends to London Bridge until 8.30 pm tomorrow 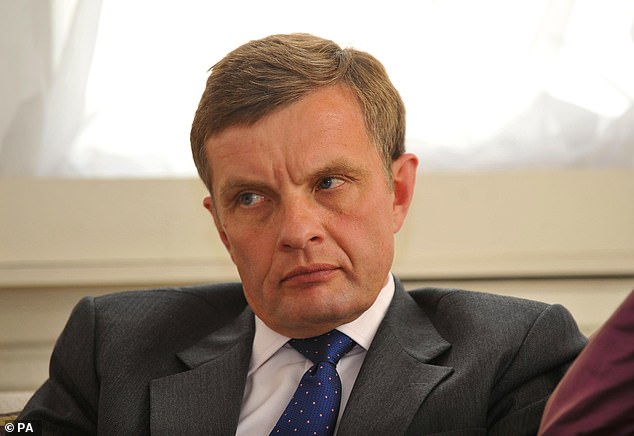 Another senior conservative agreed: ‘I sympathize with the argument that the route should be extended.

‘There are many people who want to see the late Her Majesty and this may ease the pressure on the queues at Westminster Hall to see Her Majesty.’ And Peter Whittle, a former member of the London Assembly, said: ‘The answer is simple: the funeral route should be extended.

‘On the jubilee, it was disappointing how the authorities closed the route saying it was clogged.

‘It’s the typical modern way of over-vigilance and risk aversion. Whether on the way or lying in the state, no one should be left behind. 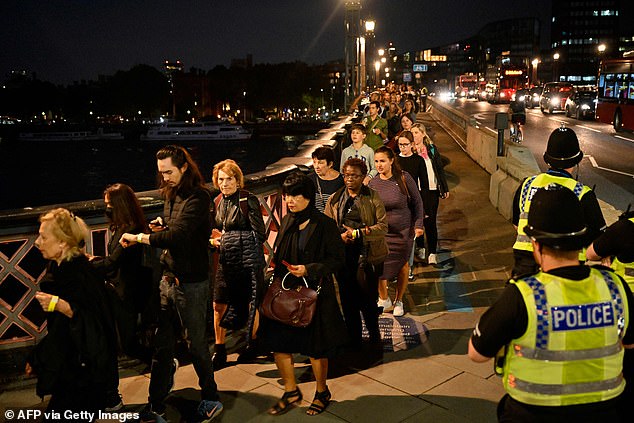 People can queue up to 10 miles to pay their respects to the queen. Pictured: Members of the public queue at Lambeth Bridge last night

However, Downing Street has downplayed hopes of a late change to the plan.

The Prime Minister’s spokesman said: ‘On the procession route, this has apparently been agreed in advance with the Palace, so there are no plans to change it. There are many procession routes that people can use, so we want more and more people to see that procession.’

And a former Metropolitan Police royal security official warned that this carefully planned operation would be risky for London Bridge, the long-held arrangement for the Queen’s death, which would be replaced at short notice.

Ken Wharf, who was Princess Diana’s bodyguard, told the Granthshala: ‘The Queen herself has been involved for decades – it must have been written in stone.

‘And the police wouldn’t want to change that at short notice, especially when they’re already pulled over. When you try to change things to please the public, that’s when the risk increases.’

Weather alerts in place as snow and ice bring disruption

Staff ‘do not believe Avanti can improve services this month’ – union

Strep A: 15 children across the UK have died from invasive infection