The FA has rejected FIFA’s request to make Gareth Southgate available for interviews at half-time during England’s World Cup matches.

SportsMail has learned that FA officials discussed the matter with Southgate over the past few weeks during their final preparations for the tournament in Qatar, before coming to the conclusion that the half-time interview was a potentially critical time for the manager. but will create unwanted distraction.

FIFA is prompting all 32 teams involved in the World Cup to increase their media commitments to deliver more content to their broadcast partners, but half-time interviews are not yet mandatory.

Several key managers are understood to have agreed to make themselves available for interviews as they leave the field of play at half time, including France’s Didier Deschamps, but Southgate decided to spend as much time as possible. His wish is politely refused. His players during the interval.

The FA will make Southgate available to interview TV rights holders before and after England’s game in Qatar in accordance with FIFA regulations. 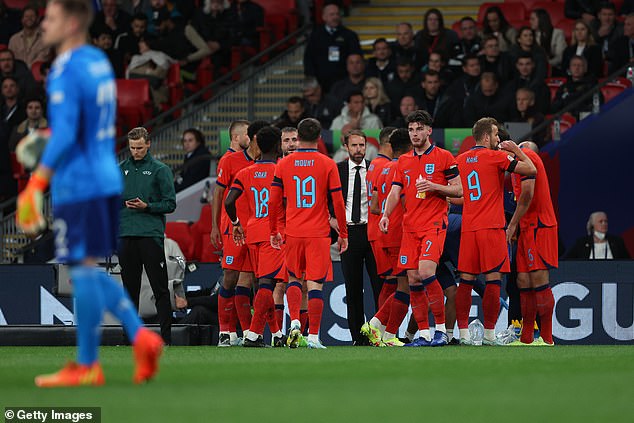 ‘There is always a thought in the back of your mind that it might happen to you’: Raheem Sterling’s burglary has made all England...

IAN LADYMAN: Why do we not believe England CAN win the World Cup? Gareth Southgate’s players now expect glory and heroic failure is no...

Deion Sanders has his first five-star recruit at Colorado

It would be extremely foolish for England to think that if they stop Kylian Mbappe, they stop France… Ousmane Dembele is finding his best...