The harsh Truth: Trump’s $1BN funding agreement for Truth Social could crumble next week when hedge funds are entitled to walk away over merger failure

The social media company behind former President Donald Trump’s Truth Social is at risk of a $1 billion financing deal breaking down by next week.

The New York Times reported on Thursday The deal, which was agreed upon by about three dozen hedge funds along with other wealthy investors, reached a crucial deadline of September 20.

On that date, those investors could technically walk away — according to experts the Times spoke to — because a promised merger didn’t happen.

The $1 billion financing arrangement is known as PIPE – a private investment in public equity – and will be given to Trump Media & Technology Group, the parent company of Truth Social, once with Digital World Acquisition Corp. merged.

Digital World is a shell company, a special purpose acquisition company or SPAC.

A SPAC is listed on a stock exchange for the purpose of buying a private company. 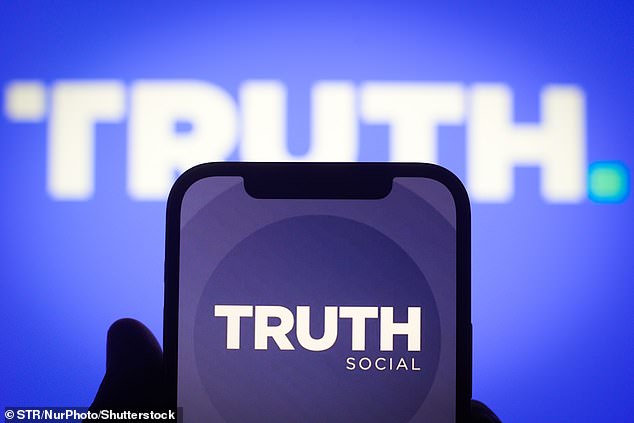 The New York Times reported Thursday that the deal, which had been agreed upon by nearly three dozen hedge funds along with other wealthy investors, reached a crucial deadline of September 20.

In this case, Digital World raised about $300 million in an initial public offering last September.

The $1 billion in PIPE financing will then flow into Truth Social companies ‘at the end of their business combination’. said in a December press release,

‘$1 ​​billion sends an important message to Big Tech that censorship and political discrimination must end. Trump said in the release that America is ready for Truth Social, a platform that will not discriminate on the basis of political ideology. ‘As our balance sheet expands, TMTG will be in a stronger position to fight against the tyranny of Big Tech.’

In the nine months since, the companies have attracted the attention of federal investigators, who are looking into alleged inappropriate communications between Trump Media and Digital World prior to SPAC’s public offering and unusual trading before the merger announcement.

Last week, Digital World came close to ending the $300 million it raised because 65 percent of shareholders did not agree to a one-year extension for the merger.

Now that deadline has been pushed back three months — but that’s just for shareholders to agree to a one-year extension.

Meanwhile, $1 billion in hedge fund financing could collapse because investors could walk away without penalty if the September 20 deadline passes and no merger is completed.

“Once the PIPE termination date has passed, investors are not obligated to participate in the contract,” SPACInsider founder Christy Marvin told The Times.

Investors the Times spoke to, who declined to be identified, expressed ambiguity about whether to stay in the deal.

The newspaper reported that one person responded with a shrug emoji.

The $1 billion was never going to be funneled into Truth Social until the merger was completed, meaning the Trump-backed social media company’s short-term financial health is in question.

The Times reported that Truth Social raised $37 million from undisclosed investors, including $15 million this year, but it’s unclear how much money is left.

Representatives for Trump Media & Technology Group and Digital World did not immediately respond to requests for comment.

Can you use a personal loan for moving costs?