Time-wasting whinges from other parents, patronising PTA reminders and irritating pleas for Milly’s lost cardie… Spare me the tyranny of the school WhatsApp

humming ‘Does anyone know if our ‘meet the teachers’ session is tonight or tomorrow? My eight-year-old’s raincoat hasn’t grown in the summer.

humming ‘I put it in the last term of my diary. Tonight is definitely there.’

My ten year old can’t find a bright water bottle with his initials on it. where have i put it? He hates the other.

Another ping. ‘No, it’s tomorrow. I got the letter here. Wait, I’ll take a picture of it. here you go.’

Welcome to the worst thing about being a mother nearing the start of a new term: the relentless torture of school WhatsApp groups (file image)

With only three minutes until we need to leave for school runs, my youngest son seeks help with his lace and my daughter’s hair looks like a bird’s nest.

Oh, and I have 25 unread messages on my phone.

Welcome to the worst thing about being a mom nearing the start of a new term: the relentless tyranny of school WhatsApp groups.

A communal chat connecting parents who have children in the same class should be a godsend. But the stream of often pointless, sly, hectoring or passive-aggressive messages makes me want to tear my hair out.

During the first few weeks, it gets to fever pitch, with an avalanche of messages pouring in before I’ve had my first cup of tea.

There are 24 things to say about bikeability (‘Do they have to wear a pee kit to do it?’ ‘Didn’t you see the letter about it? Does anyone have a spare bike that Freddy could use?’) , Joe, can’t even ride a bike as my autistic son, really great.

Later, a cardigan is left at the school. big mistake.

‘Has anyone seen Millie’s red cardigan? It is brand new.

About 30 unhelpful answers to the negative end, ‘Hope you find it’, follow in quick succession. Why can’t they answer privately?

There’s an immediate flurry of questions about second-hand uniform sales, how to sign up for a dance club, who’s sick that day, what’s the login for Microsoft Teams and so on, the black hole of eternity.

My husband, Dom, has somehow managed to dodge joining any of these groups and, even after years of running the school, still doesn’t know anyone’s name. As far as he is concerned, ignorance is bliss. 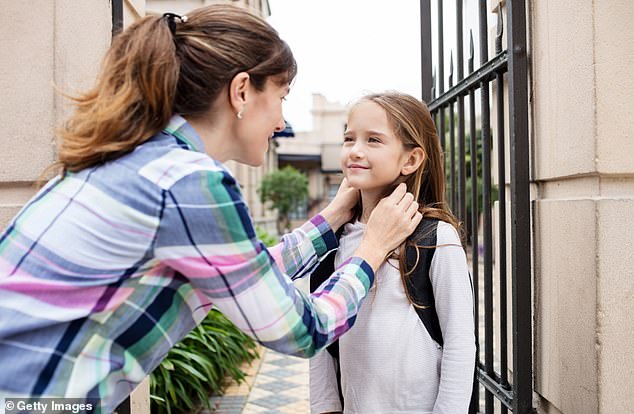 Second-hand uniform sales, how to sign up for a dance club, who’s sick that day, what’s the login for Microsoft Teams and so on, continues to be an instant flurry of questions in the black hole of eternity (file image)

The quirks and hierarchies of mothers take me, with a shudder, back to my own school days.

The PTA is the mother, or ‘classroom representative’, who always organizes the present of the teacher (for whom I am really, if I am grateful, grateful) and who knows everyone and everything. She photographs letters and emails from school and sends them to the group.

He is the CEO of the parent and father of the class and I am secretly jealous of him. She takes it upon herself to remind us less mortals about the events to come.

‘Don’t forget that your kids are going to wear yellow and blue today to support Ukraine!’ PTA Maa Sandesh Just like I am escorting my kids out the door in their normal uniform. ‘And there’s tea and cake in the hall after school to raise money. I just made a carrot cake and two banana loaves. Who else is bringing it?’ She trills.

Then there is a mother who is never happy with anything and who uses the group to address her concerns. Her messages usually begin with a murmur, ‘I’m not funny, but…’ and end with ‘I’m going to make a complaint.

Like: ‘I’m not funny, but does anyone know why they’ve stopped letting the kids take breakfast? Leticia hates the rice cakes they are giving them. I am going to complain.’

From time to time the school gets wind of his latest complaint and includes a sarcastic note in the newspaper about talking to the school’s heroic secretary if parents have any concerns.

There are also parents whose children are always sick. Horatio’s temperature is 40c. Do you think I should still send him in?’

What follows is a lengthy debate on the pros and cons of Calpol and the description of Rebecca’s disease bug. All before 7.30 pm.

There is a mother who uses chat as an emotional support group. One aggrieved mummnetter described a parent’s messages as ‘like a Greek tragedy’, with dozens of posts about how fast their child is growing up and how she is unprepared for it.

And let’s not forget those ghost parents you’ve never heard of and who you never see in school. His questions evoke an almost audible glance from the group.

‘Do you know what time the school will end today?’

And there’s the weird oblivious dad (sorry, dad) who never knows what’s going on – ‘When did they change the uniform?!’ – and which the PTA mother takes under her wing. 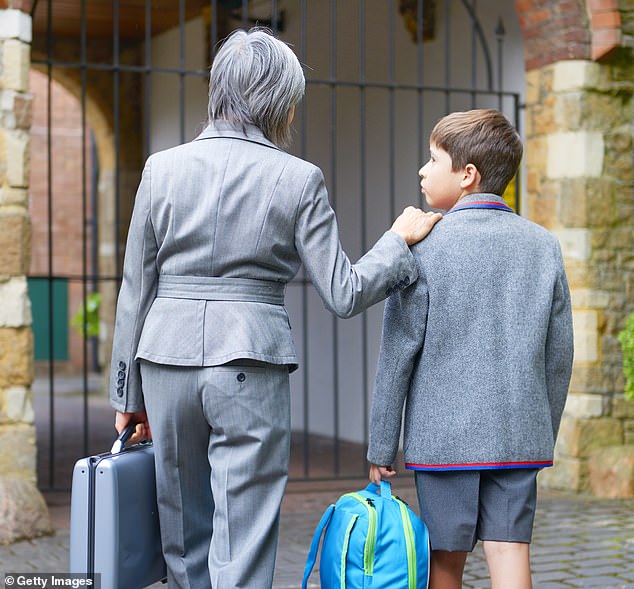 It’s no surprise that there are sub-groups that set up in secret, usually to rant about a particular mom who pisses everyone off, or to arrange secret pub visits. to (file image)

A friend told me about an outspoken anti-vaxxer mum who tried to organize a protest outside the school during the Covid jab roll-out, causing an uproar on Facebook and head-on interference.

Another friend told me about a time when a mom of a kid in her class of six accidentally posted too-risky bikini shots from her vacation in Marbella, much to the token dad’s delight in the group. It was a lot.

‘If I’m allowed to say it, you look great, Sasha.’

In any less frenetic existence, this rich tapestry of humanity would be captivating. But, most of the time, I’m too busy and too smart to appreciate it.

Instead, something that connects time-extended mothers and creates a sense of community and brotherhood becomes just another…

‘I would like to remember her before her illness’: Cheryl says she wants to forget late bandmate Sarah Harding’s cancer and focus on their...

‘We lived in fear’: Alex Scott breaks down in tears recalling moment she thought her violent father killed her mother and reveals abusive parent...

Bruce Willis sells rights to permit deepfake ‘digital twin’ of himself to be created for use on screen – allowing him to come out...

Who’ll find love on our blind date? This week it’s Lucy, 50 and Alex, 58 but will romance be on the cards?

‘I blacked out, broke my back and wet myself’: Susannah Constantine recalls ‘humiliating’ moment that forced her to admit she was an alcoholic  ...

JENNI MURRAY: Sir Keir is betraying the women Labour once fought for as we find ourselves harassed, insulted and called ‘transphobes’

Billie Piper dresses up as a clown to perform dance number as she returns to the role of Suzie Pickles in newly released image...