Tom Cruise reveals he loves spending time in UK because ‘everyone is pleasant’ as he films Mission: Impossible in the Lake District

Tom Cruise has revealed how he enjoys spending time in the UK because ‘everybody is happy’ and no one tries to ‘mob’ him.

The 60-year-old actor has been in the UK in recent months shooting scenes for Mission: Impossible – Dead Reckoning Part One.

The film star said he enjoys relaxing here and has found everyone he meets “well-mannered”.

Anglophile: Tom Cruise has revealed how much he loves spending time in the UK because ‘everybody is pleasant’ and no one tries to ‘mob’ him (pictured in May 2022)

Speaking to Derbyshire Live, he said: ‘Everyone is pleasant and will nod or say hello to you without crowding you. I was brought up for good behavior and you really get it in the UK.

‘I also like the fact that I’m walking the streets like Shakespeare, Dickens and even The Beatles. It’s really good.’

Tom said: ‘I think I’m an Anglophile. I spend a lot of time in the UK and it’s not just for work reasons. I just love being here.

The actor spent much of the summer in the UK and was seen attending concerts by The Rolling Stones and Adele at the Queen’s Jubilee, a women’s final at Wimbledon and Hyde Park. 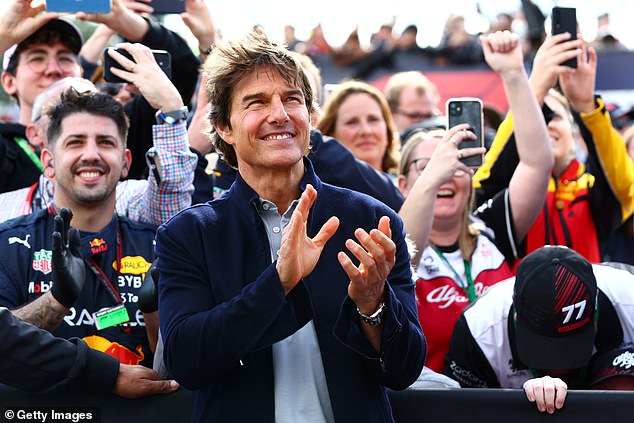 Filming: The actor has been in the UK in recent months while filming scenes for Mission: Impossible – Dead Reckoning Part One (featured at the F1 Grand Prix of Great Britain in July 2022).

Tom also celebrated his 60th birthday in the Cotswolds and was reportedly attended by stars including David Beckham, James Corden and Gordon Ramsay.

He was also in London for the British premiere of Top Gun: Maverick in May where he met with Prince William and Kate Middleton.

In recent weeks, Tom has been seen in the Lake District shooting daredevil stunts, including showcasing his skills as a parachutist, as he performed sky acrobatics in scenes filmed earlier this month. He had hit the ground.

The actor is taking flight training at Teesside Airport to prepare for the thrilling scenes in the new film. 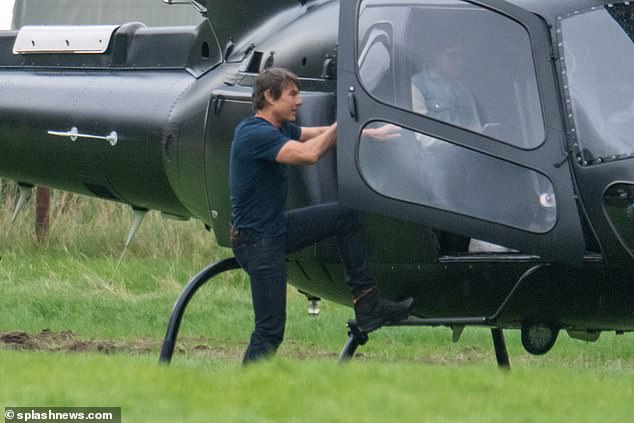 On Location: The movie star said he enjoys relaxing here and has found everyone he’s met for ‘good behavior’ (filming pictured in the Lake District)

Tom is known to be friendly on set and the actor said he tries not to ‘isolate himself’ from others.

Earlier this month, a group of local walkers in the Lake District were surprised when they stumbled upon Tom filming Mission: Impossible.

County Durham’s Adam Wheeler and Lucy Hinch were on a walk with their Siberian Husky Blitz when they spotted the Hollywood star filming their latest blockbuster.

The actor, who was being escorted by helicopter to High Crag before climbing down to Buttermere, happily posed for a picture with the pair before thanking them and leaping again. 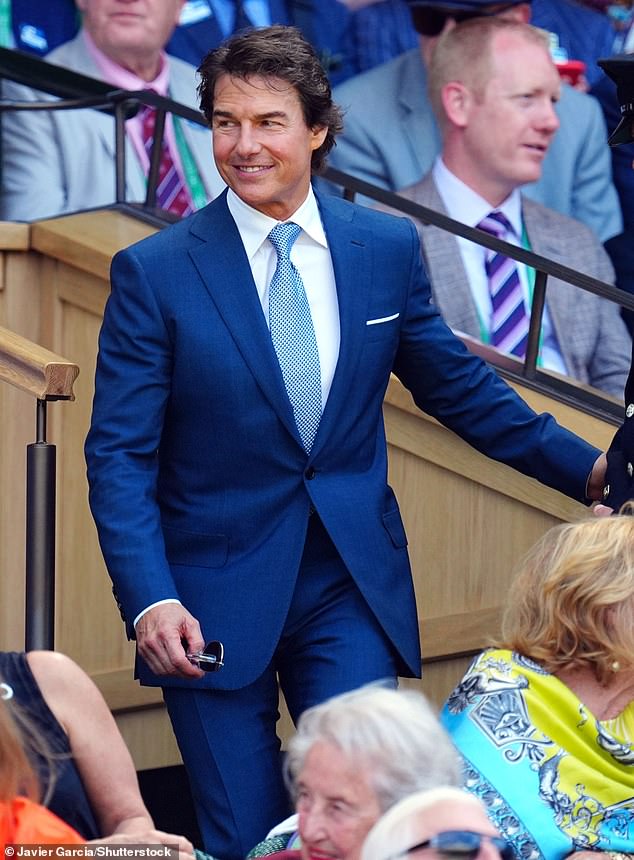 He said: ‘Everyone is pleasant and will nod or say hello to you without crowding you. I was brought up for good behavior and you really get it in the UK’

Speaking to The Northern Echo, Adam said that many people wanted pictures with Tom, who happily obliged.

She said: ‘He was nice and polite and was really polite. Tom Cruise apologized for the helicopter noise and asked if we were okay.

‘He was making sure everyone wanted pictures of him with them. We were the last to get a picture of him and then he went back up the mountain to his camp next to Buttermere.

“It was a real pleasure meeting one of the richest people – one of Hollywood’s most celebrated celebrity actors. We did not expect this while walking on the falls.’

The couple said that they watched some filming happen, in which Tom did all his own stunts as he fell down several times. 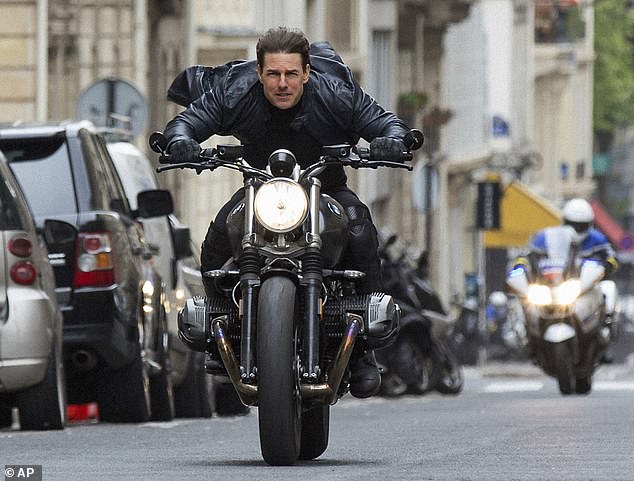 Zayn Malik makes his return to music with a cover of Jimi Hendrix’s 1971 posthumous track Angel ...

Until we meet again: Ukrainian couple marry in the UK surrounded by photos of loved ones who couldn’t be there placed on chairs